July is feeling like the longest month of the whole damn year. It’s like 8 weeks long, hot as hell, over budget within like 5 days, and the whole time I am pretty much just panicking about the future.

Will I reach my goal weight before school starts? Do I have everything I need for school? Will I take it seriously? What if I get stressed out and then go into a depressive mode and don’t get any work done? Am I going to have free time? Will I be able to get my chores done around the apartment, or will it succumb to messiness? Will the cats get enough attention, or will they feel neglected?

I guess most of my stressors are school-related, which is annoying because school isn’t starting for like, a whole month. I do have a mandatory orientation next week (which counts as school to me), plus registration which comes awkwardly close to the first day of classes since I am an incoming student. Then the other school where I am taking classes starts in September and since it isn’t a CUNY, it’s a different animal. I can still barely navigate around their websites and portals and I think that is bullshit because for so much money per semester, everything should be a breeze.

I’ve had my office/the guest room painted for the first time since I moved into this apartment like 5 years ago already!!! It was GROSS, legitimately. I always hung things on the walls so they were black with dust stains and grease from beauty products that leaked behind the dresser that used to be pressed up against the wall.

I’m fairly sure there had to be odor, because of all the weed smoking and the cat fostering and generally the fact that I assume my apartment always smells bad, because of, well, the weed and the cats.

Not going to lie, I wasn’t fond of the color. The painters said that they would match the color to what it originally was, but to me it just seems off-white and I’m not a fan. Of course it’s fine though because it’s a rental anyway. We signed the lease for another year, which is nice because we can enjoy it safely for another year and then we’ll see what happens then. It will be nice if we can live in the apartment specifically until we can afford to buy our own home. Ahh, the dreeeeam. Owning property in New York City. I just want to be like King of Queens. Although, they were DINK (double income, no kids) until the very end, and we are single-income and four cats which is equivalent to like a quarter of one kid, probably.

I felt like I was spiraling the last week and a half because the apartment was majorly cluttered with all the stuff from my room scattered haphazardly across the apartment. And since the men had to paint the ceiling too, they had to come back a few days after so it was a mess and I didn’t want to get out of bed because the clutter was making me feel crazy as hale.

Believe it or not, I actually came up with a DIY project and actually fucking DIY’d it. I spray painted the last bit of black furniture I owned from my past life (a small end table/filing cabinet type thingy from IKEA) in gold so that it would match my new desk better.

And yes bitch I fucking did that after the painting was done and it was a pain in the ass the tape up the walls ‘cause gods forbid I scuffed up the GD walls immediately after those guys spent all day, 2 days painting the damn thing. That is totally something I would have done, but surprisingly managed to pull it off in under 3 days. A big step up from the shelf I “stained” to match the living room furniture, which took about the whole year to finish (or so it felt) because I was too lazy to finally finish the painting, waiting sanding, painting, waiting, flipping, repeating and then doing it all over again x3 shelves and the big part when I had to varnish it. BUT I DID THAT, TOO. So I’m not as lazy as I make myself out to be on here, or in real life. Usually I just keep my accomplishments under wraps.

Now, I’m trying to get back into my new normal swing of things. Reading, which I have been struggling with recently because I cannot focus for anything and it is taking forever to finish any books. Writing, which I am doing now and I can feel proud of that because I’ve barely written anything during the spiral. And drawing, which I have been doing a little bit in doodle form in my tiny sketchbook, but maybe I’d like to try and work on more worthwhile projects that I can post here and elsewhere again. Maybe even some practice tutorials. And exercising because ugh I’ve been eating all my favorites and I’ve pretty much regressed to my old piggy self oink oink and I need to hit the elliptical today. I might do it while watching a Studio Ghibli film so I can barely feel it. And because the TV in there has such good quality compared to the projector. 😍

For now I’m going to read some of my old dusty manga to try and trick my brain into loving reading again instead of considering it work and then maybe try not to ignore the elliptical and wash my hair because I really need to and put the laundry away and fucking go outside for once because it’s actually lovely out today and now that it’s coming to an end, I REALLY don’t want to waste my summer inside. 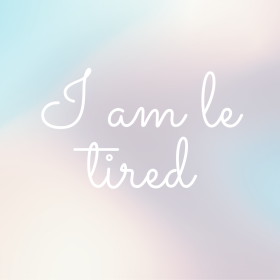 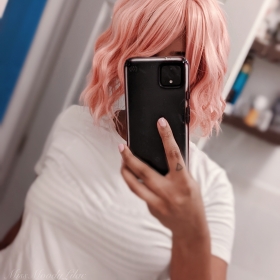